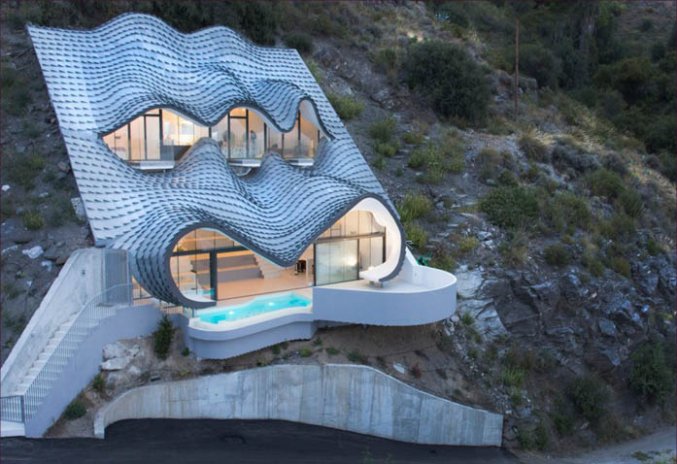 A wavy, shiny roof with intermittent scales covers the front of this residence by Madrid GilBartolomé Architects, which is dug into a steep cliff face overlooking the beautiful Mediterranean Sea in Granada, Spain.
The house called Dragon House on the Cliff was designed by architects Pablo Gil and Jaime Bartolomé for a young couple who bought a difficult hillside plot, which a steep inclination of 42 degrees.
The dragon house is largely buried in the ground and covered by an undulating zinc-covered roof that follows the sloping terrain. 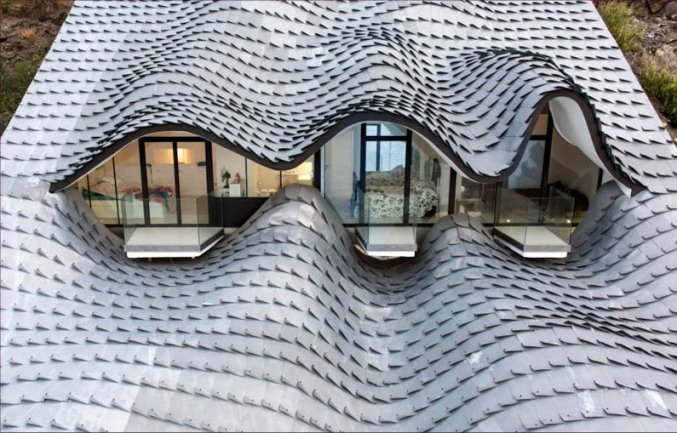 The roof form creates a cavernous interior inspired by the work of Spanish architect Gaudí, and thus described by the architects as a “Gaudiesque contemporary cave”.
“The task has been to integrate the house within the magnificent landscape that surrounds it and to direct the livable spaces towards the sea,” explained Gil and Bartolomé. 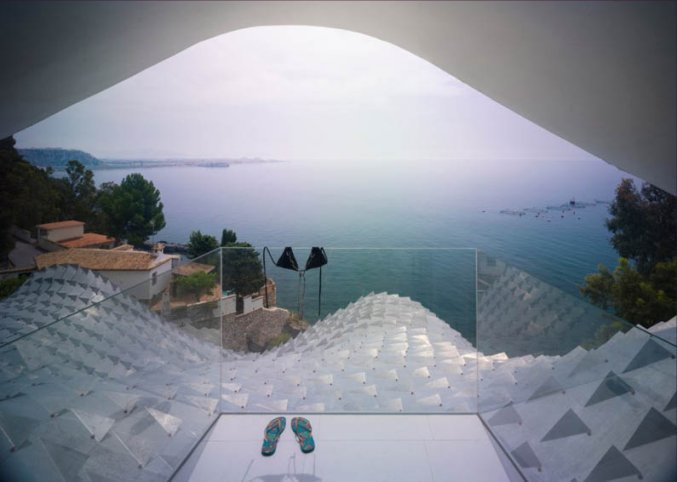 “The form of the house and the metallic roof produces a calculated aesthetic ambiguity between the natural and the artificial,” they noted, “between the skin of a dragon set in the ground when seen from below, and the waves of the sea when seen from above.”
The subterranean arrangement was designed so the house could benefit from the site’s constant ground temperature, which stays at around 19.5 degrees Celsius all year. 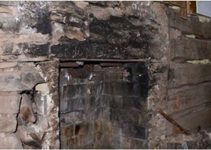 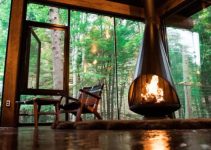 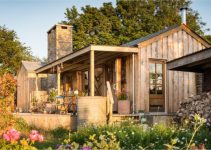