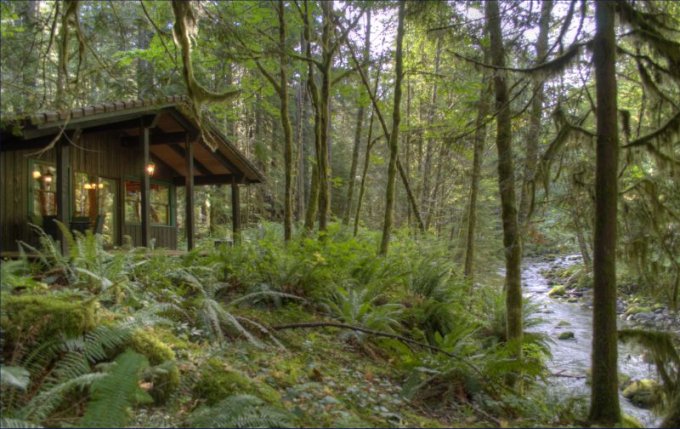 As he walked in the door a multitude of smells flowed in and upon him. After being outside in the sub- zero temperatures, the warmth and smell of the old cast iron wood stove was welcoming, as was the pot of chili and pan of corn bread cooking and baking on top of it.

He removed his red and black plaid coat and tossle cap, hanging them up on pegs beside the door. Sliding his feet out of his warm heavy boots he slipped them into the soft tan moccasins that sat waiting for him inside the doorway. Rubbing his hands briskly together he walked over to the chili and corn bread and eyed them hungrily. It wouldn’t be long until they were ready to eat. Going to his icebox, he took out his secret ingredient that his chili was known for. Opening the porcelain jug he smelled the aroma of real maple syrup. Turning the jug over, he poured a generous amount into the chili and then picked up the wooden ladle that he had carved himself and stirred it in.

To bide his time until supper was ready, he pulled the old rocking chair over close to the wood stove and sat down. It was made by his Grandfather more than 80 years ago, and the wood gleamed from the polish it had picked up from being used throughout the years. Digging into his right front pocket of his shirt he brought out his constant companion, an old wooden pipe. He stuffed it with his favorite pipe weed and tamped it down. Opening the wood stove and grabbing a thin piece of kindling he pushed the end of it into the fire until it caught itself. Pulling the small stick out, he held it to his pipe as he gently sucked in.

The Sweet aroma of tobacco smoke wreathed his head as if it were a crown. He reached into the book case against the wall next to him and took out several notebooks, then settled back comfortably into his rocking chair. These were journals that he had kept. The shelf was packed full of them. He had taken to keeping a journal from the time he was a young man. They recorded his comings and goings, his success and his failures, his loves and his heartbreak. More than that they contained his life story and the wisdom that a life gathers over the years.
On a whim he turned to the middle of the first journal he had in his lap, and started reading. It was one of his favorite entries. It was a story about a time when he had hooked a giant rainbow trout in the ice cold waters of Trenten Crick when he had lived in West Virginia. It was early spring, and the sun had just started to warm the bones of the mountain and the valley where he was fishing. In his mind it seemed like yesterday, although it had been more than 20 years since he had been there.

In the time machine of his mind he went back. Pulling a fat wiggly night crawler from his coffee can he placed it on the hook of his ultra-light fishing pole. Looking toward the sky above, he could see the sun setting in the west coloring the sky in warm oranges and reds, while further to the east the sky took on a pale blue hue. It would not be long before the sun set below the mountain, so he had better make good use of the few casts he had left.
Casting upstream he let his line flow through a swift riffle that emptied into a deep pool of slower moving water. As he often did when hoping for a strike, he held his breath and waited. In the long moments that followed he could feel the familiar pulsing of his heart beat in the tips of his fingers where his pole rested against them. Calming himself he closed his eyes and concentrated on anticipating any vibration of his pole that would indicate a possible bite.

Suddenly, he felt a mighty jerk in his hands as the tip his pole was pulled savagely downward. With a quick set of his wrists he set the hook and prepared for the engagement to come. From experience he could feel that this was a very large fish, and it set his heart to racing. His line hummed as his quarry tried to get away and stripped out line. Quickly adjusting his drag he played the long game of tiring the fish out, while silently praying that his line would not break. Time and again the fish would make a run, and he would patiently play it out and take line in when it stopped to rest.

Finally after what seemed like hours, but was really just a few minutes, the fish tired and he brought it in towards the shore. Scooping it up with his net, he shakily set it on dry land. Taking it out of the net he held it up and looked at it, a beautiful rainbow trout. Pulling the tape measure out of his fishing vest he measured it. 24 inches from head to tail, what a catch! In the waning light he could still make out the beautiful purple and pink lines gracing its sides. Slipping his stringer through its gills he placed it back in the water and then washed his hands.

After taking a long and steadying breath he looked up and saw the sun had started to set behind the western mountains. His day on the stream had come to an end. Picking up his stringer, he started up the trail back to his car. As he walked he breathed deeply and tasted with all his senses what the forest and stream gave him. Wait a second, what was that smell? Chili? Cornbread? How did those smells get here? Suddenly his eyes popped open and he was back in his own time and place. He had not realized that his time trip had lasted so long. With belly growling he got up from his chair and grabbed a bowl, spoon and some butter. Sitting down at table, he gave thanks to his maker for providing all that he had. As he started to take his first bite he was rewarded with the sound of a rushing stream in his ears and the feel of a fishing pole in his hands.

This story was written by Tim McMeans. Follow Tim’s stories at his FB page at Country Wit and Wisdom. 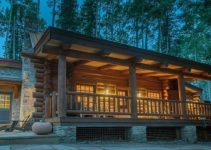 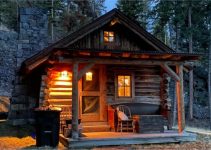